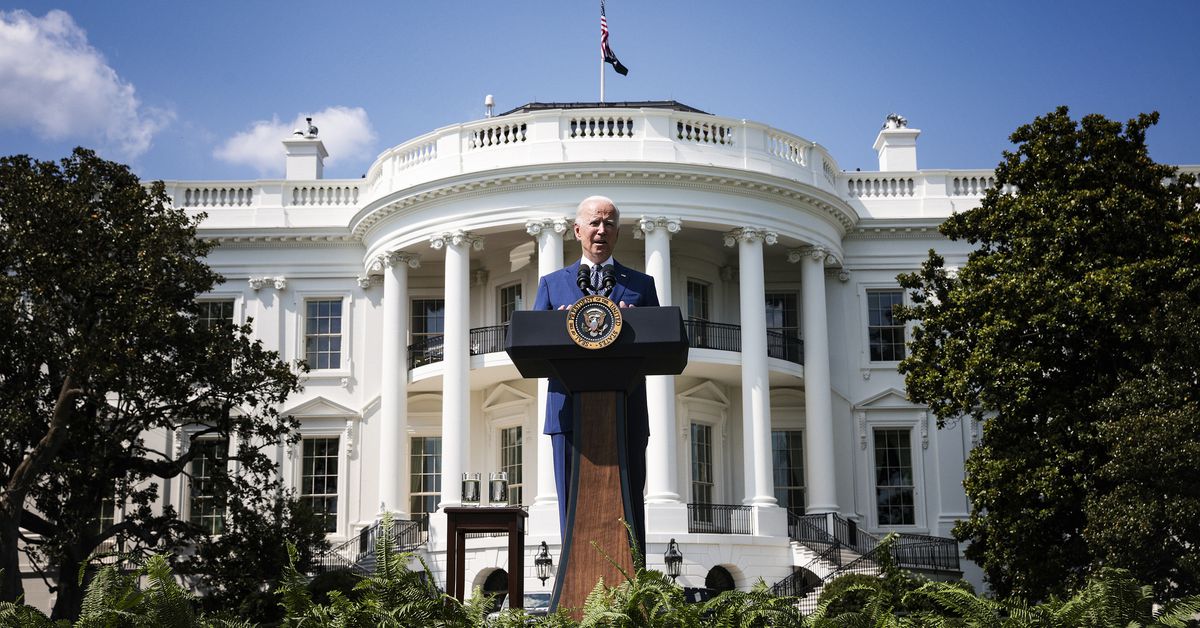 Democrats are moving ahead on what could be the most consequential piece of domestic policy legislation in decades, and the planned centerpiece of President Joe Biden’s first-term agenda.

This coming megabill doesn’t yet have a name. It hasn’t technically been written. But on Monday, Senate Democrats released their current plan for what to put in it — and, well, it’s a whole lot.

Low-income families would get what’s effectively a “child allowance” — money to help raise kids — for longer, via an expanded child tax credit. Seniors on Medicare would get new dental, vision, and hearing benefits, as well as lower prescription drug prices. The coming bill would create new programs for universal pre-K, subsidized child care, free community college, and paid family leave. Some unauthorized immigrants would be able to get green cards. Then there’s major spending on clean energy, housing affordability, and much more.

It would be “the most consequential piece of legislation passed since the Great Depression,” Sen. Bernie Sanders (I-VT) said last month. In spending terms, it would be as much as $3.5 trillion — about triple the size of Obamacare, the law that then-vice president Biden famously called “a big fucking deal.”

The sheer range of issues the bill will cover is dizzying: It’s practically everything in Democrats’ domestic policy agenda that Senate rules would permit them to pass without any Republican support, via the special, filibuster-proof budget reconciliation process.

There’s a long road ahead, though. Moderates like Sens. Joe Manchin (D-WV) and Kyrsten Sinema (D-AZ) will likely force alterations, or could even scuttle the whole thing (Sinema has said that she wants less spending). The Senate parliamentarian could rule some provisions out of order, throwing them out of the bill. Raising enough revenue to cover the bill’s costs, as moderates are demanding, may also be controversial and result in further cuts. So yes, there’s still a lot of uncertainty about what this will look like, or whether it will pass at all, with many details unsettled.

But as of now, top Democrats are aiming for a transformational bill that could enormously affect many Americans’ lives — from parents to community college students to the poor to anyone concerned about the planet. This is how it would do so.

It would give people money

The megabill would put more money in American families’ pockets, especially the very poor. The main way it would do so is through tax credits — taking temporary policies that were meant to help families during the pandemic and extending them for several more years.

The centerpiece is the expanded child tax credit, which, since last month, goes out in monthly payments (to the joy of many parents), making it essentially a “child allowance” — a government payment for families with children. The benefit is also, for now, significantly bigger (for all families except the rich), and available to poor families, including those earning no taxable income at all.

This latter part especially is a big deal, since the poorest of the poor need the money the most, and nonworkers had been so often left out of previous policies. Although there are definite implementation challenges at getting the money to those who need it most, if those could be overcome it would be transformational for many poor familes, and anti-poverty crusaders and social policy wonks have been tremendously excited about it.

The catch is that this expansion was temporary — the child tax credit is set to revert back to normal after 2021. Democrats’ megabill would extend the supersized version for at least somewhat longer. It would do the same for other temporarily expanded tax credits: the earned income tax credit and the child and dependent care tax credit. Democratic aides hope that, in practice, this will mean a permanent expansion, because once these are in effect for a few years, they will be too politically popular for Congress to let them expire.

It would help with child-raising expenses, from birth to college

The megabill would have the federal government do far more to support parents, providing money or establishing new programs related to child care, pre-K, community college, and more.

For all of these, the exact details about how they will work remain to be determined and are subject to change, but Democrats have indicated they would spend large sums of money on each of these priorities:

Even after Obamacare extended health insurance to millions more Americans, major gaps in the US’s system and the benefits it provides remain — gaps that frequently expose Americans to burdensome and even ruinous expenses. This year’s megabill is expected to fill several of those gaps:

It’s a climate, housing, and immigration bill — for now, at least

Democrats are also using this bill as the vehicle for their climate change agenda. The catch is that the bill will have to win the approval of coal-state Sen. Joe Manchin, so don’t expect a frontal assault on fossil fuels. But Democrats remain hopeful that measures to support clean energy can win Manchin over.

Current plans are to include:

Other issues the bill may tackle:

Housing: Democrats plan to allot hundreds of billions of dollars more for affordable housing, with money going to rental assistance and homeownership initiatives, as well as the “creation and preservation of affordable housing.”

Immigration: Finally, though details remain scarce, Democrats are currently saying they intend to include in the megabill a path to legal status for some undocumented immigrants. Sen. Bob Menendez (D-NJ) told NBC News last month this would apply to some of each of the following categories: those who came here as children, farmworkers, people with Temporary Protected Status, and essential workers.

Yet there is a potential issue. The Senate parliamentarian will have to rule on whether immigration measures like this are truly eligible for budget reconciliation (the special process Democrats are using to pass this bill). Only policies with a clear impact on the federal budget are eligible to be included, and though some have argued that a path to citizenship would qualify, it’s not clear whether parliamentarian Elizabeth McDonough will agree. President Biden has indicated that Democrats will respect her ruling.

What’s next for the process

The megabill does not yet, technically speaking, exist. But last month, Democrats on the Senate Budget Committee reached a deal on how much money the forthcoming megabill will spend overall, and in various areas. To do so, they came to a de facto agreement on what they hope to put in it.

The next step is for the full Senate to approve this deal by passing a budget resolution this week, and for the House to do the same later this month. Doing this unlocks the filibuster-proof budget reconciliation process.

After that, both chambers can finally get around to actually hammering out the details of the megabill itself. Democrats hope to pass it and get it signed into law by President Biden by the end of the year.

Changes to the overall bill are likely at every step of this process. But the budget resolution is the first step; it sets the stage for everything that will come later. And Democrats have made clear that they are starting with very lofty ambitions indeed.