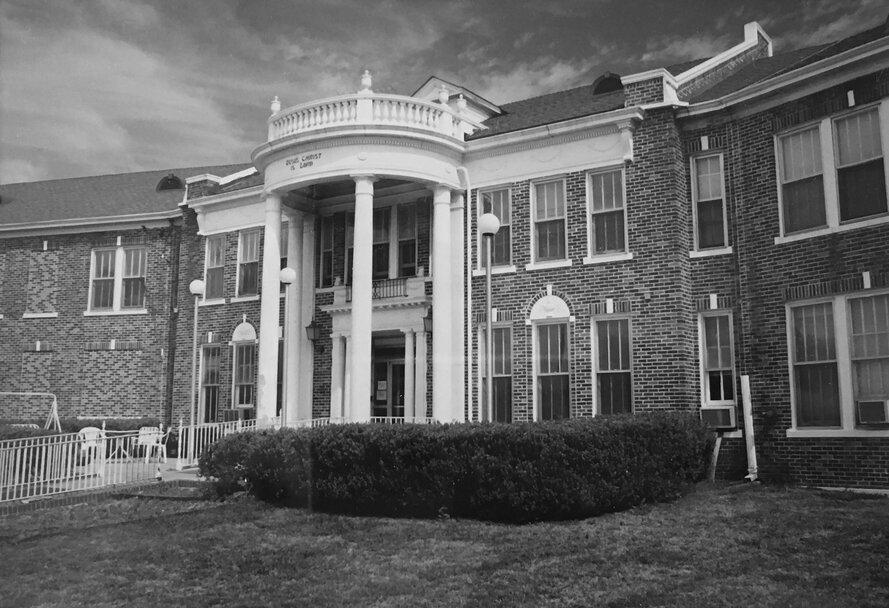 My cousins were placed in an orphanage in San Antonio for several years between about 1955 and 1965. One of my cousins is very curious about his time there, the history of the orphanage, who ran it, whether pictures exist, etc. It was on the corner of St. Cloud and Woodlawn — but since my cousins were so young when they were there, they don’t have much information. What is the history — especially late 1950s and early ’60s?

I am participating in a national study on the treatment of diabetes. While researching my family’s history of diabetes, I am seeking the 1929 records for the Protestant Orphans Home at 3031 W. Woodlawn Ave. My mother was left there in November 1929, but her name — Francis Marie Steitle — does not appear at the home in the 1930 (U.S.) census. Best as I can tell, the home ceased operation around 1962. I think the building was demolished in the last few years, and there now may be a Walmart at that address Can you suggest a contact who may know who has these records? The San Antonio Public Library and the state of Texas do not.

Both questions are about the Protestant Orphans’ Home, which has been closed for decades and is about to celebrate its 135th birthday. The former orphanage (previously discussed here Aug. 24, 2008) morphed into the present-day Clarity Child Guidance Center, a mental health treatment center, through a lengthy series of changes in names, addresses and approaches to helping children in need.

The institution’s birth date is counted from June 23, 1886, when a group of 13 women met over lunch at the Menger Hotel to plan what became the Home for Destitute Children. The names of prominent families were represented among the founders — Chabot, Dignowity, Kampmann and Maverick among them. Businessman/philanthropist George W. Brackenridge was the first benefactor, enabling them to rent a house at 217 Sixth St., where at first six children were accommodated.

Orphanages at that time and well beyond were strictly separated by race and religion. Founded as a home for needy white children, it was renamed the Protestant Home for Destitute Children in 1888 and moved to successively larger premises — 815 San Pedro Ave. and then 802 Kentucky Ave. With its Catholic counterpart, the St. Peter-St. Joseph Children’s Home, the Protestant home was one of the largest and longest-lived of such facilities here.

Not only children without parents were served but also those whose families were unable to care for them properly, including those who were too ill or too poor to do so, as well as widowed parents overwhelmed by the need to work and care for young children at the same time.

After a successful capital campaign that raised $250,000, the organization built a large red-brick building on 50 acres — used to keep chickens, pigs and dairy cattle and to raise vegetables — at 3031 W. Woodlawn Ave., and the children moved in Jan. 25, 1926. The site was named the Protestant Orphans’ Home.

During some periods, the young residents attended school at the orphanage, where they were kept busy with chores as well as lessons. The home was a popular local charity; fraternal orders and civic clubs made donations and sponsored outings and treats, as did church groups and Scout troops.

Not all the attention was benign.

“My mother and her sister both lived out their childhoods in that institution,” wrote Patricia McDaniel of Cheyenne, Wyo., after the 2008 column was published. “She told me many stories about the orphanage, most of them disturbing and bleak. Some of the orphanage staff were not suitable to be working with children, and often older ‘gentleman’ from San Antonio were allowed to take little girls or boys on outings to the movies or for ice cream. The orphanage staff saw it as a kindness, and I doubt it ever occurred to them that these children were often exploited and abused by their ‘benefactors.’”

It could be a hard-knock life, but for older residents, especially, there were bright spots.

For a July 28, 2004, San Antonio Express-News story on the home, mid-1940s resident James Mosier recalled attending dances and playing softball against church league teams, followed by a repast of hot dogs cooked by the coach. By that time, residents attended public school. Mosier rose at 5 a.m. to fire up the boiler for the laundry. “I don’t know how I managed to graduate,” he said, but he did and left to join the military.

The institution was renamed the Protestant Children’s Home of San Antonio. In 1956, another institution, the Community Guidance Center, opened to treat mental illness in children.

In the early 1960s, the Protestant home moved away from the concept of dormitory living and supervision by matrons to a cottage system of small groups cared for by house parents, selling the Woodlawn mansion to build five small houses at 2939 W. Woodlawn. By 1965, the home had added its own therapy team, recognizing the mental health needs of its young residents, and over the next decades, the institution’s mission moved from sheltering homeless children to providing psychiatric services for young patients.

The former orphanage became a children’s psychiatric hospital, first as the Southwest Neuropsychiatric Institute and then as the Southwest Mental Health Center, which closed the Woodlawn facility in 2000. This institution merged with the Community Guidance Center in 2009, and the name was changed the next year to the Clarity Child Guidance Center, a nonprofit mental health treatment facility for children ages 3-17.

Keeping up with all these adjustments — it’s a lot. But it kept the former 19th-century orphanage relevant, says Jessica Knudsen, Clarity’s CEO and president. “One of the reasons I was drawn to join the Clarity Child Guidance team was how much the organization has pivoted over the years to meet the needs of the community. That flexibility and adaptability is what has allowed the organization to be present for the last 135 years taking care of the most vulnerable among us.”

Board Chair Joanna Weidman credits the “small group of volunteers” who started the organization because of their concern for children in need, “and 135 years later, it’s still going strong because of the countless volunteers who have followed in their footsteps. While the people and places have changed over the years, the quality of care and commitment to the children have not.”

Records from the Protestant home were transferred to its successor institution. They include records of children for most years between 1886 and 1928, scrapbooks of newspaper clippings, some residents’ report cards and birth certificates. To request information, call Clarity at the number below.

Clarity also is celebrating the eighth birthday of its annual training event on children’s mental health. Claritycon will be held virtually July 23; the professional education opportunity for educators, therapists, physicians and child care workers will feature experts addressing issues such as trauma, neglect, bullying, discipline and depression. For details or to register, visit www.claritycgc.org or call 210-593-2148