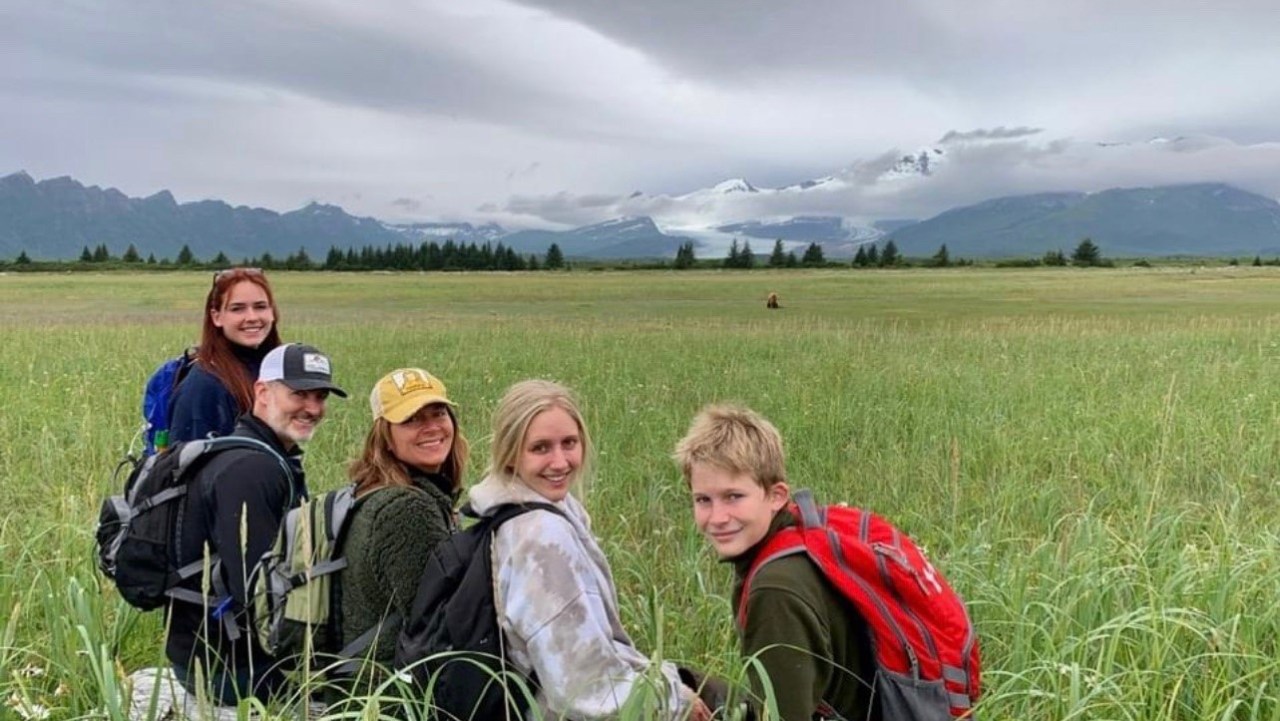 Any peace officer in the state of Texas can order a peace officer emergency detention if they believe a person is at risk of harming themselves or others. Since 2017, at least 1,500 minors in Austin have been sent to crisis facilities after police officers ordered them there, but KXAN found the state legislature requires little training for police officers on mental health.

KXAN (AUSTIN) — When Marie Shiesley heard her daughter was thinking of suicide, she was not shocked. Her then-13-year-old had an extremely difficult year: trouble at school and major surgery to remove a tumor from her brain, according to Shiesley.

“Everybody was closed, but a lot of them left a message saying ‘If you are in a crisis – call this number,’” Shiesley said.

Shiesley said she was eventually told to go to a hospital in Austin, where workers were waiting on her and her daughter to arrive. She was hoping there would be a psychiatrist or therapist for her daughter to talk to. But, after they spoke to a worker, she says a police officer asked to speak to her daughter alone.

The conversation lasted fewer than 10 minutes, according to Shiesley. Then, she says the officer and worker said her 13-year-old was being admitted to a crisis facility.

Shiesley says her daughter was taken to a crisis facility on what’s known as a peace officer emergency detention, or POED. In Texas, only two people can take a person to a mental health facility against their will: a judge and a peace officer. Neither needs parents’ permission to do it.

The state allows officers to detain a person and take them to an inpatient mental health facility, regardless of age, if they believe there is an imminent risk the person will harm themselves or others. The law also requires officers to assess whether emergency detention is the least restrictive option necessary to provide effective treatment.

The goal of the law is to help families in a mental health crisis get the help they need. Disability Rights’ Texas Senior Attorney Beth Mitchell, who handles cases dealing with emergency detentions every year, says she often sees the law misapplied.

“It’s a huge loss of liberty, and I think a lot of times it’s used inappropriately where someone could remain in the community with support and services,” Mitchell said. “I don’t think [parents] realize this can happen to a minor — to their own child — and the determination has not been made if the family is unable to care for the child.”

In Austin, and in Travis County, most emergency detentions happen without a warrant. A person can be held at the inpatient mental health facility for up to 48 hours – and a doctor is required to examine the person within 12 hours.

Since 2017, more than 1,500 minors in Austin have been involuntarily committed on police orders. More than 90% were ordered by the Austin Police Department. (This figure does not include data from the Travis County Sheriff’s Office. The office provided a cost estimate for more than $4,000 to provide a count of peace officer emergency detentions involving minors.)

Data showing all peace officer emergency detentions of minors and adults by the Austin Police Department from Jan. 2019 to April 2021. Tap on the years to explore the data.

40 hours of training required for officers

Sgt. Mike King is over the Austin Police Department’s Crisis Intervention Unit. He says it’s a tool his officers can and do use but said during a mental health crisis – it’s sometimes best if they are not involved.

“If we can not involve law enforcement in the process, I think it is the best outcome for not just kids but adults as well,” Sgt. King said. “But, the reality of the situation is, in the state of Texas, law enforcement is the only entity that can actually take someone against their will if they meet certain criteria and that is how law enforcement is pulled into this sometimes. Sometimes people do not know who to call so they call 911.”

Right now, the Austin Police Department is overhauling how it approaches training its officers. APD’s current policy only allows those who are certified as mental health officers, and on their Crisis Intervention Team, to order peace officer emergency detentions.

The department set a goal to get all its officers certified as mental health officers by 2022. But, the change APD is going through is not required by law.

In Texas, the legislature requires every new Texas peace officer to take a 40-hour basic crisis intervention course. But, the Texas Commission on Law Enforcement course that instructs officers on the legal applications related to mental health, when it is appropriate to order emergency detention, and how to evaluate whether emergency detention is the least restrictive option – is optional.

Sgt. Wayne Sneed is over the mental health unit for Austin Independent School District. In his own unit, they require all officers to be certified mental health officers.

“From my perspective, yes, yes — every officer should be certified. When you look at just the statistics on mental health calls — we have never declined in our calls for mental health services. When I talk to other departments, they have not seen a decline. Matter of fact, they’ve seen an increase,” Sgt. Sneed said.

“But yet, we still don’t have officers out there with the proper training and tools to make these decisions the way they need to be made,” Sgt. Sneed said. “It’s a recipe for disaster, in my opinion.”

‘Our youngest we lost was nine.’ Austin ISD police home in on mental health

Sgt. Sneed said it’s also not the answer to allow parents the final decision on whether their child needs to be taken to a crisis facility.

“I will say to you — the conversations I have had with parents where I wish they would have listened to me about how serious their child was about taking their life, we would not have buried many of the children we buried in these school district,” Sgt. Sneed said.

What lawmakers are doing

The Mental Health Officer course is “undergoing a full review” according to the Texas Commission on Law Enforcement’s Director of Governmental Relations, Gretchen Grigsby. The agency was granted additional resources this legislative session to address training needs, and according to Grigsby, the Mental Health Officer course is “currently top priority.”

Interviews with mental health officers reveal that while officers are facing an increase in mental health calls, the state has not required more in-depth training for officers who are allowed to order emergency detentions.

“We should be de-stigmatizing mental health care so it doesn’t end up in a crisis circumstance in the school or in the home, or in the street where a peace officer who maybe has received some training is having to deal with the circumstance with a very blunt instrument,” Texas Sen. Sarah Eckhardt said. “I think it is beneficial for law enforcement officers to have higher-level training in mental healthcare, particularly in the state of Texas where we have such low healthcare thresholds.”

“This is an issue nationwide,” Sen. Eckhardt said. “We really do need to establish some new standards — and I am struggling to find where those best practices are in the United States.”

The process for families

In Texas, a person can only be held in a mental health facility under the order of a peace officer emergency detention for 48 hours unless a judge signs an order of protective custody. It’s at this point a parent can sign their child out of a facility. In some cases, families can face a child protective services investigation if they choose to sign their child out against medical advice.

Austin teens share the challenges they face regarding mental health

Shiesley says after two days in the facility, she signed her daughter out and started having her see a psychiatrist and a therapist three days a week.

“While she was in the hospital, I had psychiatrists and therapists lined up and I said this is what is going on. This is what is happening. What do we do as a parent? I don’t feel like she needs to be in a crisis center. She needs to be at home, and she needs to get some real help and therapy. And that’s exactly what we did,” Shiesley said. “There was a lot of work that we had to do, but we did it.”

“It’s a fine line between who you have to pluck and put away and who you don’t. I am not a professional. I can’t make that call, but in my situation — they made a bad call, and it really left my daughter traumatized.”

Resources for families in crisis

A spokesperson for Integral Care says if a child is mentioning suicidal thoughts or ideas, parents or minors can call Integral Care’s 24/7 at 512-472-HELP (4357.)

“Parents can call and get support navigating the situation. Youth can call as well if they need to talk to someone. If needed, we can send our Mobile Crisis Outreach Team to the family’s home to provide in-person support,” said Anne Nagelkirk with Integral Care.

Nagelkirk says if a person is at risk of harming themselves, call 911 and press 4 for mental health services. Integral Care mental health clinicians answer those calls and can dispatch our Expanded Mobile Crisis Outreach Team, Police, or EMS depending on the need and situation.

With seats in a NFL stadium filled to full capacity for the first time since the start of the coronavirus pandemic, Ryan Succop won it with a 36-yard field goal with 2 seconds remaining. Brady set it up with a last-minute drive directed on the same field where the Bucs became the first team to play and win a Super Bowl in its home stadium seven months ago.

Westlake football aims to stay perfect with Mansfield Summit next — live on KXAN.com

AUSTIN (KXAN) — Westlake cleared the first two challenges of the 2021 season with relative ease, dispatching a top 10 team last week on its way to 2-0.

The Chaparrals smothered Euless Trinity, the then-No. 6 6A team in Texas, 34-14 in Westlake’s home opener. Westlake led 27-0 before Euless Trinity put a touchdown on the scoreboard. In the season opener, Westlake jumped out to a 31-3 halftime lead on Temple before cruising to a 54-13 win.

If Texas abortion law stands, it could influence other states, attorney general says

Legal experts warn while the law may ultimately be found unconstitutional, the way it’s written means it’ll be an uphill legal battle.